Case study: How Capcom used neuro research in concept creation for Resident Evil 3
- Maximizing a sense of survival and horror to develop a “winning” gaming formula -

Tokyo, May 11, 2020 - The neuro research jointly offered by Macromill, Inc. and its subsidiary Centan Inc. had been instrumental in the concept development for Resident Evil 3 *1, which was released by Capcom Co., Ltd. on Friday, April 3 2020. 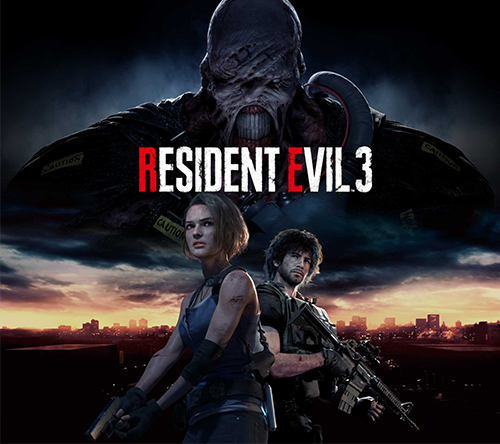 While the market size of the game franchise increases year-by-year, the competition is becoming more intense as the entertainment industry diversifies. It is no longer guaranteed that games will sell just because they are attached to well-known brand. Additionally, there are many games which incorporate zombies and horror, just like the Resident Evil series, so in order to create a game that is a winner, it is essential to understand users with accurate data-driven insight.

Capcom already conducts pre-launch interview surveys to understand the likely acceptance of their new game concepts. To maximize the attractiveness of the core concept and create popular games, Capcom wanted to add a new data-driven approach to integrate more accurate user insight into their concept creation. Macromill assisted Capcom to solve this challenge with its neuro research to scrutinize test subjects’ biological data and identify their state of mind while playing the game in its campaign mode.

During this test, we measured respondents’ heart rate and skin conductance (i.e. the electrodermal response), to show the level of arousal such as excitement and vigilance. This allowed us to understand how effective the game's core concepts of survival and horror were. Changes of heart rate show excitement, stress, and relaxation, while the change in skin conduction shows tension, surprise, and stress.

We examined respondents’ psychological states with the above two indices*2 while playing the game. As a result, we identified which chapters stimulated emotions such as fear and vigilance, a key expectation of the game. We also learned that one chapter, where a character was chased by a group of zombies, was less scary for respondents than expected. Another interesting finding was that the respondents became more vigilant every time they had a sense of fear. These insights triggered Capcom to go back to a fundamental question, “What is horror?” – knowing how to achieve this is critical for the success of their products. Other important findings were also reflected in the expressions and production of Resident Evil 3. Ultimately, after these findings what did Capcom change about the game? Capcom says, "The answer is a trade secret. Please play the game and experience it yourself!”

Please refer to the following URL to see the background, examination process, and results of this project:
https://group.macromill.com/case_stories/capcom.html

Neuro research (neuro marketing) allows us to obtain deeper insight on subject matters of which respondents are unaware. In neuro research, brainwave, heartbeat, and gaze direction are measured on a real-time basis in order to obtain consumers’ physiological response when they look at target products. This approach is used in addition to more objective questionnaire or interview surveys.

Resident Evil 3 is a survival horror game featuring its characters desperate escape from an apocalypse using weapons and other items. It is based on Resident Evil 3 : Nemesis released in 1999 which achieved a great reputation globally. The relaunched version has been reimagined with new ideas and cutting-edge technology such as “RE ENGINE”, Capcom’s proprietary development engine. The new series was released on Friday, April 3 2020, coupled with the online version of Resident Evil Resistance, allowing users to enjoy the two different survival horror games. The Resident Evil series, represented by Resident Evil 3, are Capcom’s flagship products and have garnered huge success around the world since its first release in 1996, with cumulative sales of 95 million copies (as of 31 December 2019).

This case study is part of Macromill’s priority new business areas which include artificial intelligence and neuro science. Macromill and Centan will further strengthen our alliance to assist in our clients’ decision making with more thorough consumer insights. We will fully utilize our know-how and prior successful examples to jointly develop new marketing research solutions with physiological data.

Macromill is a rapidly growing global marketing research and digital marketing solutions provider. We bring together the collective power of our specialist companies to provide innovative data and insights that drive clients’ smarter decisions. Macromill’s industry-leading digital research solutions deliver rapid and cost-effective solutions to the challenges businesses face today. Headquartered in Tokyo with over 40 offices across the Americas, EMEA and Asia, Macromill serves more than 4,000 brands and agencies in more than 90 countries with over 2,400 experts worldwide.

As a Macromill group company, Centan offers marketing consultancy services based on their expertise of brain science and psychology. Centan was founded to assist in clients’ business with their highly advanced scientific capabilities, which was a totally new challenge in Japan. Centan has been involved in more than a hundred projects, leveraging their new approaches to address clients’ issues in their product development and marketing.

Capcom has been leading the game entertainment industry since its foundation in 1983. It has been releasing a number of blockbusters such as Resident Evil, Monster Hunter, Street Fighter, Mega Man and Devil May Cry. Capcom is headquartered in Osaka, Japan, and has overseas subsidiaries in the United States, United Kingdom, Germany, France, Hong Kong and Taiwan.